Bruce Cobb, General Manager of Consolidated Beef Producers, Inc. (CBP), is making a career move at the end of February to take a position with Certified Angus Beef LLC. CBP’s Board of Directors have promoted Casey Bradshaw to take the helm as President and General Manager position in addition to naming Heather Peoples as Vice President of Administrative Operations and Chad Brown as Vice President of Cattle Marketing Operations.

Bradshaw brings 24 years of industry experience to his position at CBP. He has served in a number of capacities within the organization, most recently as Director of Marketing. Prior to joining CBP in 2001, he worked for Cargill Meat Solutions in Cattle Procurement. Peoples, like Bradshaw, has been with CBP since its beginning, starting as Executive Assistant. She brings over 19 years of business operations experience to her new role. Brown has been a Cattle Marketing Representative with CBP since 2007 and began his career in the industry 23 years ago in Cattle Procurement with Cargill Meat Solutions.

The Board, Executives, and Staff at CBP are excited about the transition of leadership and opportunities ahead. CBP markets over 700,000 head per year of fed cattle in Texas, Oklahoma, New Mexico, Kansas, Colorado, Wyoming, Nebraska, Iowa, North Dakota, South Dakota and Minnesota. The cooperative was established in 2000 and began marketing cattle in March of 2001.

We wish Bruce all the best in his venture with CAB and look to continue to have a great working relationship with him and CAB.

You are invited to visit www.cbp.coop for more information. 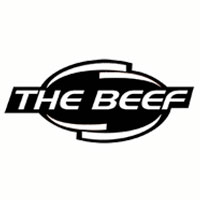 Our intention is that “The Beef” be a place for frank talk about extreme market conditions and changing times in our industry, the reasons for them, and the possible strategies to adapt to survive. We intend to ask questions, and delve into market topics that might be considered controversial or even uncomfortable to discuss. If you’re not getting a fresh point of view on the market here, we’re not doing our job.